Organic Fuel Technology A/S secured patent rights and with the help of a microwave expert, reevaluated how a microwave reactor should work. Since 2010 there has been conducted experimental and developmental work, which has resulted in a pilot plant. It consists of a well-functioning reactor unit with manual control. Peripheral equipment that enables a continuous infeed of feedstock, condensing of oil, and handling of surplus gas.

The forces behind the development are, besides the microwave expert, the original investor group, REKA Maskinfabrikken A/S located in Aars, students from Aarhus University, and consultants from companies located in eastern Jutland.

The existing pilot plant has achieved continuous operation and shows proof of a new generation of microwave reactors. The reactor concept is in itself unique, and more than 100 tests have led to a number of unique, patentable inventions.

The pilot plant has successfully achieved conversion of biomass to biofuel, biochar, and gas, and rubber granulate to high quality bunker fuel, gas and carbon black.

In 2020 an 8 times upscaling of the pilot plant has been designed, with the telling name OFT8. The plant is fully automatic and capable of handling up to 600kg/hr feedstock, which makes it a fully viable commercial plant.

Through tests and simulations, the pilot plant was created, and placed at a farm just north of Aarhus.

The pilot plant has been continuously optimized and contributed enough data and experience to develop a commercially viable plant, OFT8.

OFT8 utilizes all the achieved experiences from the

pilot plant, and new optimizations. The plant is thereby an upscaling of an already tested and verified process.

LEARN MORE ABOUT OUR PRODUCTS

If you want in-depth information about our company or have any technical questions, you are welcome to contact us:

Using our advanced microwave technology along with knowledge in waste treatment, supply chain management, and maintenance, we will help our customers achieve both economically and environmentally sustainable solutions to their waste, bi-products, and low value materials.

HOW WE DO IT
OUR PRODUCTS

An OFT plant will contribute to the reuse of waste, low-value materials, and by-products, in an environment-friendly and profitable way. The two illustrations show how OFT-plants can create a sustainable circular economy by cracking the organic material. The two cases respectively show reuse of rubber from End-of-Life Tires and sludge from wastewater treatment plants, but the process is applicable in a plethora of other cases and opportunities.

When used rubber handling must of the energy ends up as a high calorific value oil that contains useable petrol, diesel, and bunker oil. About half the weight ends up as recycled carbon black with use cases in both the pigment and plastic industry or it can be recycled into new tires. Since the production of virgin carbon black requires the burning of 1.5-2kg of oil this process seriously reduces the carbon footprint for carbon black users.

When used in sludge handling the process produces a bio-oil, bio-gas bio-char. The bio-char has interesting values, not just for energy but also within agriculture. The char contains a lot of nutritions and can, therefore, be used as fertilizer. The high carbon content also makes the fertilization process C02 negative since the carbon will be captured in the soil 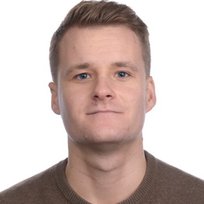